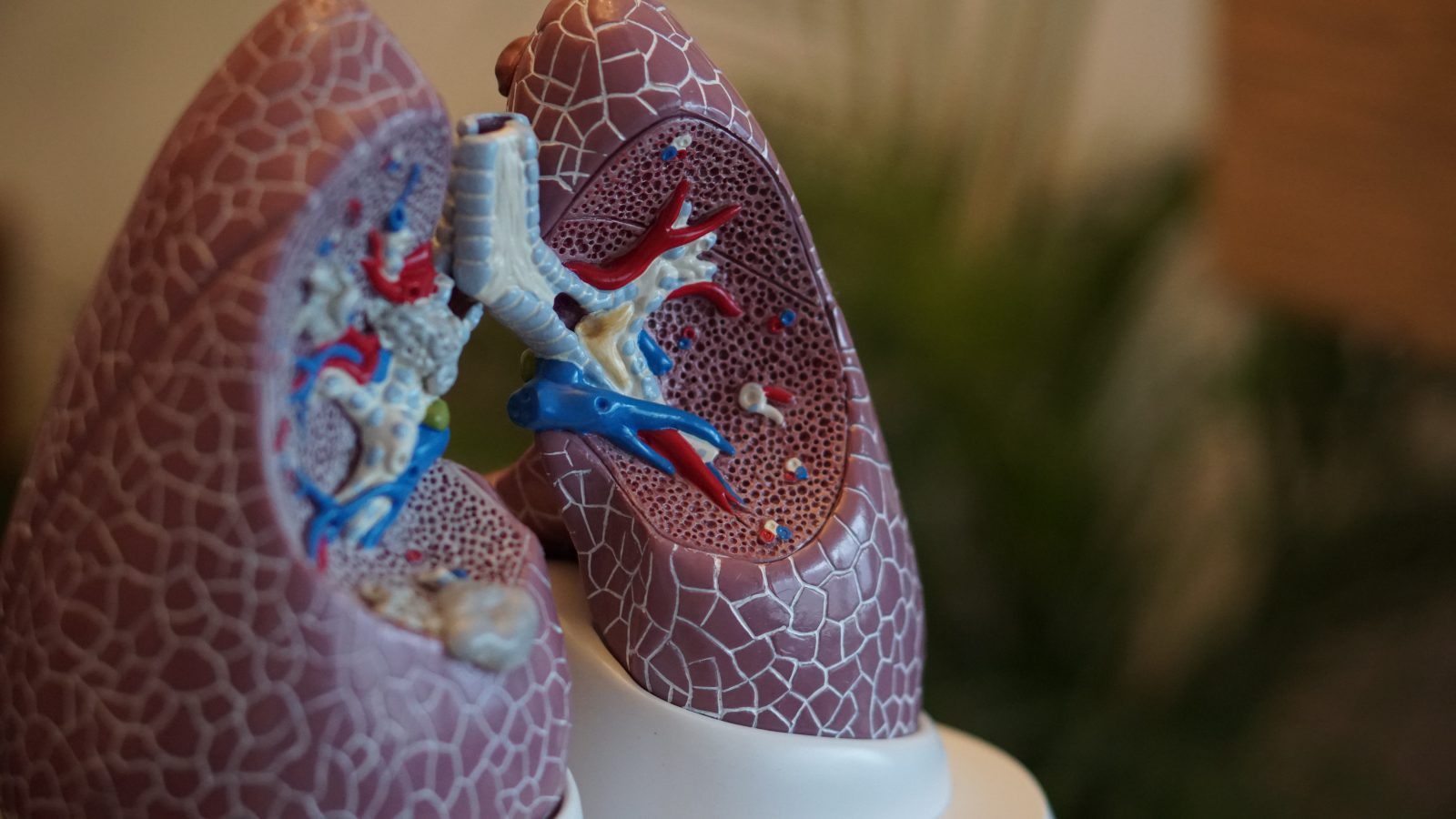 Scientists have been able to track how a multi-drug resistant organism is able to evolve and spread widely among cystic fibrosis patients – showing that it can evolve rapidly within an individual during chronic infection.

Around one in 2,500 children in the UK is born with cystic fibrosis, a hereditary condition that causes the lungs to become clogged up with thick, sticky mucus. The condition tends to decrease life expectancy among patients.

In recent years, M. abscessus, a species of multi-drug resistant bacteria, has emerged as a significant global threat to individuals with cystic fibrosis and other lung diseases. It can cause a severe pneumonia leading to accelerated inflammatory damage to the lungs, and may prevent safe lung transplantation. It is also extremely difficult to treat – fewer than one in three cases is treated successfully.

In a study published today in Science, a team led by scientists at the University of Cambridge examined whole genome data for 1,173 clinical M. abscessus samples taken from 526 patients to study how the organism has evolved – and continues to evolve. The samples were obtained from cystic fibrosis clinics in the UK, as well as centres in Europe, the USA and Australia.

The team found two key processes that play an important part in the organism’s evolution. The first is known as horizontal gene transfer – a process whereby the bacteria pick up genes or sections of DNA from other bacteria in the environment. Unlike classical evolution, which is a slow, incremental process, horizontal gene transfer can lead to big jumps in the pathogen’s evolution, potentially allowing it to become suddenly much more virulent.

The second process is within-host evolution. As a consequence of the shape of the lung, multiple versions of the bacteria can evolve in parallel – and the longer the infection exists, the more opportunities they have to evolve, with the fittest variants eventually winning out. Similar phenomena have been seen in the evolution of new SARS-CoV-2 variants in immunocompromised patients.

Professor Andres Floto, joint senior author from the Centre for AI in Medicine (CCAIM) and the Department of Medicine at the University of Cambridge and the Cambridge Centre for Lung Infection at Royal Papworth Hospital, said:

“What you end up with is parallel evolution in different parts of an individual’s lung. This offers bacteria the opportunity for multiple rolls of the dice until they find the most successful mutations. The net result is a very effective way of generating adaptations to the host and increasing virulence.”

“This suggests that you might need to treat the infection as soon as it is identified. At the moment, because the drugs can cause unpleasant side effects and have to be administered over a long period of time – often as long as 18 months – doctors usually wait to see if the bacteria cause illness before treating the infection. But what this does is give the bug plenty of time to evolve repeatedly, potentially making it more difficult to treat.”

Professor Floto and colleagues have previously advocated routine surveillance of cystic fibrosis patients to check for asymptomatic infection. This would involve patients submitting sputum samples three or four times a year to check for the presence of M. abscessus infection. Such surveillance is carried out routinely in many centres in the UK.

Using mathematical models, the team have been able to step backwards through the organism’s evolution in a single individual and recreate its trajectory, looking for key mutations in each organism in each part of the lung. By comparing samples from multiple patients, they were then able to identify the key set of genes that enabled this organism to change into a potentially deadly pathogen.

These adaptations can occur very quickly, but the team found that their ability to transmit between patients was constrained: paradoxically, those mutations that allowed the organism to become a more successful pathogen within the patient also reduced its ability to survive on external surfaces and in the air – the key mechanisms by which it is thought to transmit between people.

Potentially one of the most important genetic changes witnessed by the team was one that contributed towards M. abscessus becoming resistant to nitric oxide, a compound naturally produced by the human immune system. The team will shortly begin a clinical trial aimed at boosting nitric oxide in patients’ lung by using inhaled acidified nitrite, which they hope would become a novel treatment for the devastating infection.

Examining the DNA taken from patient samples is also important in helping understand routes of transmission. Such techniques are used routinely in Cambridge hospitals to map the spread of infections such as MRSA and C. difficile – and more recently, SARS-CoV-2. Insights into the spread of M. abscessus helped inform the design of the new Royal Papworth Hospital building, opened in 2019, which has a state-of-the-art ventilation system to prevent transmission. The team recently published a study showing that this ventilation system was highly effective at reducing the amount of bacteria in the air.

Professor Julian Parkhill, joint senior author from the Department of Veterinary Medicine at the University of Cambridge, added:

“M. abscessus can be a very challenging infection to treat and can be very dangerous to people living with cystic fibrosis, but we hope insights from our research will help us reduce the risk of transmission, stop the bug evolving further, and potentially prevent the emergence of new pathogenic variants.”

The team have used their research to develop insights into the evolution of M. tuberculosis – the pathogen that causes TB about 5,000 years ago. In a similar way to M. abscessus, M. tuberculosis likely started life as an environmental organism, acquired genes by horizontal transfer that made particular clones more virulent, and then evolved through multiple rounds of within-host evolution. While M. abscessus is currently stopped at this evolutionary point, M. tuberculosis evolved further to be able to jump directly from one person to another.

“This exciting research brings real hope of better ways to treat lung infections that are resistant to other drugs. Our co-funded Innovation Hub with the University of Cambridge really shows the power of bringing together world-leading expertise to tackle a health priority identified by people with cystic fibrosis. We’re expecting to see further impressive results in the future coming from our joint partnership.”

Note: This news article was originally published by the University of Cambridge and adapted for use by the Centre.

Prof. Andres Floto is Co-Director at the Cambridge Centre for AI in Medicine. Read more about his research at the Floto Lab Cambridge.

Dr. Josephine Bryant is a Henry Wellcome postdoctoral fellow working between the Floto Lab and the Wellcome Sanger Institute.

Nesta: How gender diverse is the workforce of AI research?
Next Post: OrganITE: A pioneering ML system that helps clinicians make the most of scarce organs by predicting suitability for each patient »

You can find out more about which cookies we are using or switch them off in settings.

This website uses cookies so that we can provide you with the best user experience possible. Cookie information is stored in your browser and performs functions such as recognising you when you return to our website and helping our team to understand which sections of the website you find most interesting and useful.

Strictly Necessary Cookie should be enabled at all times so that we can save your preferences for cookie settings.

If you disable this cookie, we will not be able to save your preferences. This means that every time you visit this website you will need to enable or disable cookies again.

This website uses Google Analytics to collect anonymous information such as the number of visitors to the site, and the most popular pages.

Please enable Strictly Necessary Cookies first so that we can save your preferences!